Well, I spent my five glorious days in Hollywood. The weather was INCREDIBLE. Here’s my recap!

I had a 5:30pm flight out of Atlanta and landed at LAX at 7:30. The view was absolutely stunning when we were landing. My flight was long and boring. I hadn’t seen Kevin is almost 2 weeks and I was going crazy. Fortunately it was a good flight. I took a cab from the Airport to Kevin’s apartment. I nearly lost my mind with the cab driver because he was taking the longest route humanly possible. And every time I updated my app he’d then take the longest route again. At least according to my maps app. Dick.

When looking from the front of his apartment you see the left & from his patio you see the right. I mean, just stunning. He was right on the Hills and I was able to walk everywhere I wanted. Including a Trader Joe’s, Starbucks and bar. I was a happy woman.

Kevin had to work Thursday and Friday so I just wandered around town. I started my day with Starbucks (skinny peppermint mocha for the win!) and Trader Joe’s picking up a few essentials. I walked the Walk of Fame, the streets of La and really just everywhere I could. Lousy sidewalks, y’all. Definitely lousy sidewalks. I mean seriously, wtf is that?

So, I walked. A lot. Perhaps a little too much. My dumbass ended up walking well over 10 miles on Thursday. I was suppose to do a Richard Simmon’s class on Thursday night that came highly recommended by Gina, but honestly I was beat after the 10 mile hike and jet lag kicking in. Then by Friday I was in the same boat again. I walked to Kevin’s office on Thursday and then again on Friday to meet for lunch. Well, I went shopping after lunch on Friday and upon removing my shoe to try on some banging pumps and I discovered this. The horror on my face must have been hilarious because I clearly didn’t fit in around these parts. Louis Vuitton bags and shoes that cost more than my car. And here I am in my yoga pants taking off my sneakers and finding blood. I quickly got my life together and decided it was time to take a cab back to the apartment since I had to wear 5″ pumps that night for Kevin’s Company party.

Well, here it is! Remember that Little Black Dress I was talking about? 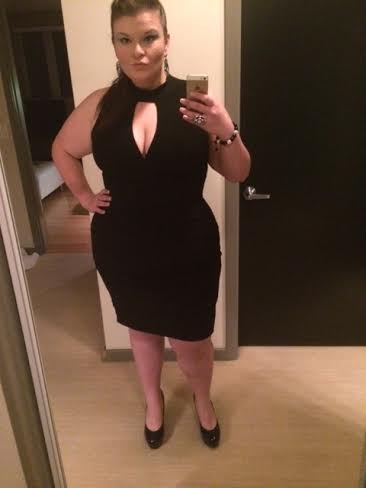 I have never felt so confident in my life. I was on cloud nine. I received so many compliments. Kevin kept me close to his side and showed me off like a celebrity. It was amazing. I truly felt like a Goddess.

His company party was on the penthouse with rooftop access of the Roosevelt, overlooking all of Hollywood. We spent most of the night on the top of the roof chatting and drinking. It was really a night to remember. We also went to the Laugh Factory one night and Dane Cook showed up and did an hour long set and even extended the show by 2 hours! Justin Bieber was there and they brought him on stage and made fun of him. Hilarious!

So, all in all I walked close to 50 miles in 5 days! I had such an amazing time there. The weather is incredible and the people were surprisingly nice for the most part. I thought Hollywood would be snobby. I came home to two baby kitties that missed me dearly and started reading Intuitive Eating, 3rd Edition

. This book makes so much sense to me. I’m loving it currently. I’ve lived with a dieting mentality for so long that my relationship with food is totally skewed. Every word I read makes sense and feels like it’s written about me. I’m excited to see the future it could bring for me.

Oh…and just because I like to keep it real… 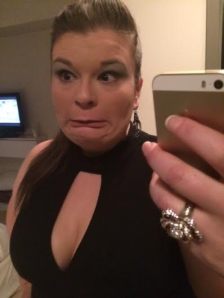