It happened once like three weeks ago. I’d just get this overwhelming sense of dizziness. The grab the table, you just stepped of a tilt a world, you’re going to fall feeling. My heart would palpitate a bit with it and I’d take about 30-45 seconds to gain my composure.

And then it started happening more. So, I casually mentioned it to Kevin who was not thrilled with the fact that I hadn’t told him.

Rewind 10 years ago: we discovered my body couldn’t handle the hormones in birth control and as a result I’d have these black out spells where I’d just pass out and hit the ground for a couple of minutes. Kevin found me multiple times on the ground. I had a full neuro work up then and they discovered seizure activity and took me off of the birth control. They never happened again. Given that history, I didn’t want to scare Kevin, but can absolutely see why he was not thrilled with me not telling anyone.

So, I told Kevin and I told my mom and they both convinced me to call my OBs office. I called on a Tuesday afternoon and despite having a Thursday morning appt they made me come in Wednesday morning. I wasn’t concerned until they were.

So, Wednesday we went. I may or may not have previously told them about my history 10 years ago. They were not pleased with me either. So, apparently it’s a “5 alarm fire” when you have a history like mine and your current dizziness isn’t prompted by anything. I saw the Neuro doc Friday morning because I needed his blessing to have a natural, un-medicated birth so my “brain didn’t explode.”

Well – I got it! He basically said shit happens and said given my history it’s most likely due to the massive amount of hormones I’ve got now. He said that unless I’m slurring or my vision is blurry he’s not concerned.

So, I feel like what I heard was, “Danielle, you were right all along.”

Baby girl looked great on the ultrasound, too! Strong heart, brain looks good and everything appears to be where it’s suppose to be. Heartbeat is still 156! 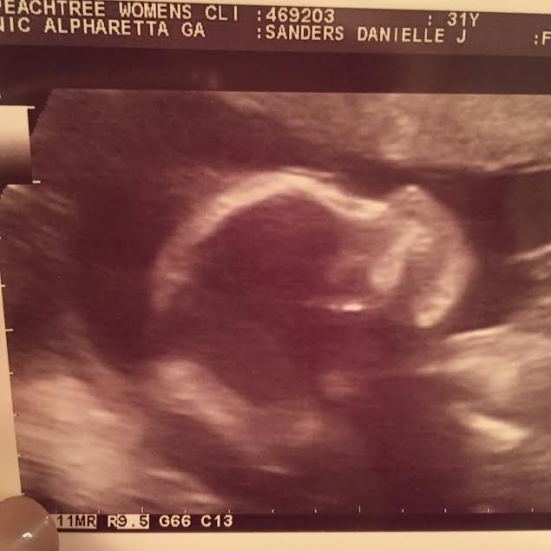 We’ve slowly started working on her nursery. It’s so surreal. We’re going with a girly nautical theme. My sweet mom bought her bedding and it’s just perfect. My dad is working on a shelf in the shape of an anchor for her. I’m buying little trinkets to put on it. I made her bow holder. I’ve washed my first load of baby laundry with Dreft. I could just sit there and get high off that stuff. The smell is just so…baby. I’m fairly certain she’s already got more clothes than me. We’ve been looking at furniture. Sometimes I find myself still in disbelief that this is actually our daughter we’re shopping for. I’m not sure I’ll believe any of this is more than a dream until I’m holding her in my arms. 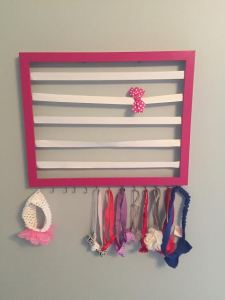 This just cracks me up. This big ol’ lap puppy is unimpressed with his inability to sit in my lap now that I have a bump.

Soon we’ll start baby’fying the house so the dog gets used to the smell of her. We’ve talked to our vet about it. We’re hoping it’ll make for a smoother transition in bringing her home. If anyone has any puppy/baby tips I’d gladly take them! 🙂

My eating hasn’t been atrocious except for the occasional cheeseburger or nacho, and even then I can only ever eat half. I always feel hungry, but as baby grows my stomach shrinks. So, I’ve got half a burger in my fridge. I’ve been heavy into milk and fruit lately. Weird. I’ve also been craving grilled (or fried) chicken salads with ranch. So weird. My weight hasn’t really changed in the last two to three weeks. 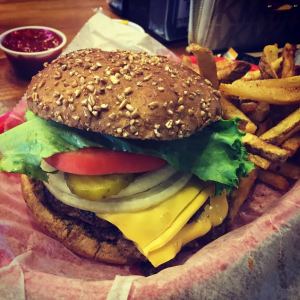 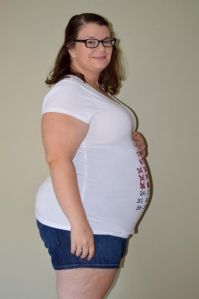 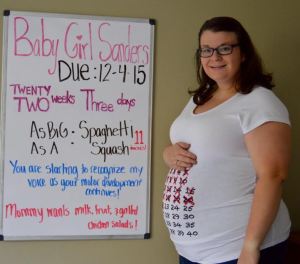